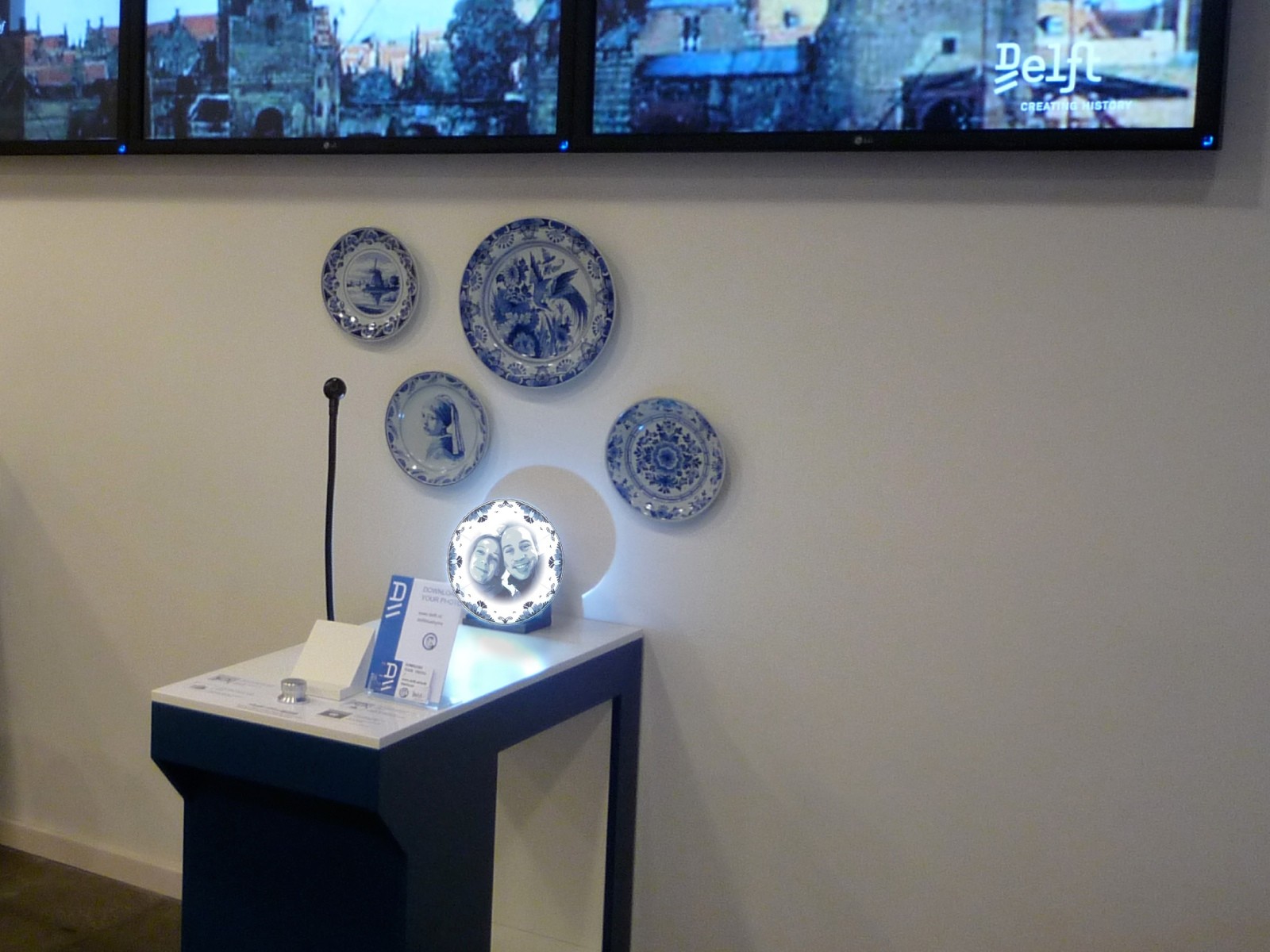 Delft Blue By Me v.1

Combining traditional Delftware with modern technology
Delft Marketing worked with Hoog+Diep to develop an interactive installation that combined the city’s rich history in both Royal Delftware and technical knowledge. 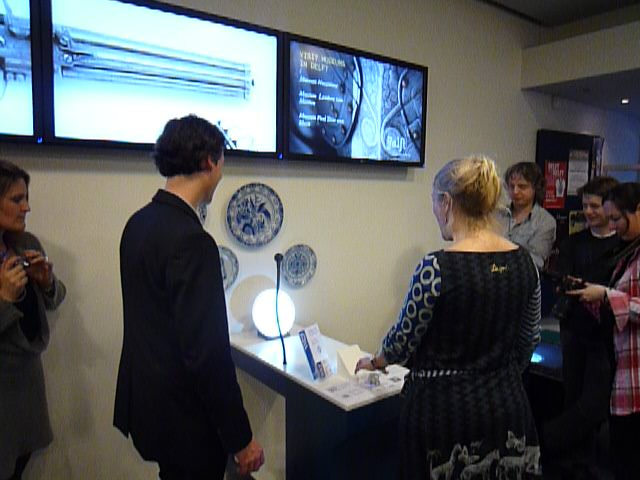 Lian Merkx – Councillor of the City of Delft – and Jeroen Beelen – CEO of the Delft Marketing – reveal the Delft Blue by Me v.1.

The resulting Delft Blue By Me v.1 allowed visitors to Delft to create a Delft Blue self portrait. After several months of in-house design, engineering and development at Hoog+Diep the prototype was revealed early 2010. In the next 15 months it produced 20.000+ self-portraits which were viewed more than 56.000 times!

Self-portraits visitors created with the Delft Blue by Me

This succes led to the development of the Delft Blue by Me – v.2 in 2011 in collaboration with Delft Marketing and Royal Delft.The prototype could be found in the Tourist Information Point in Delft (TIP). The current Delft Blue by me – v.2 can be found at Royal Delft and TIP in Delft.