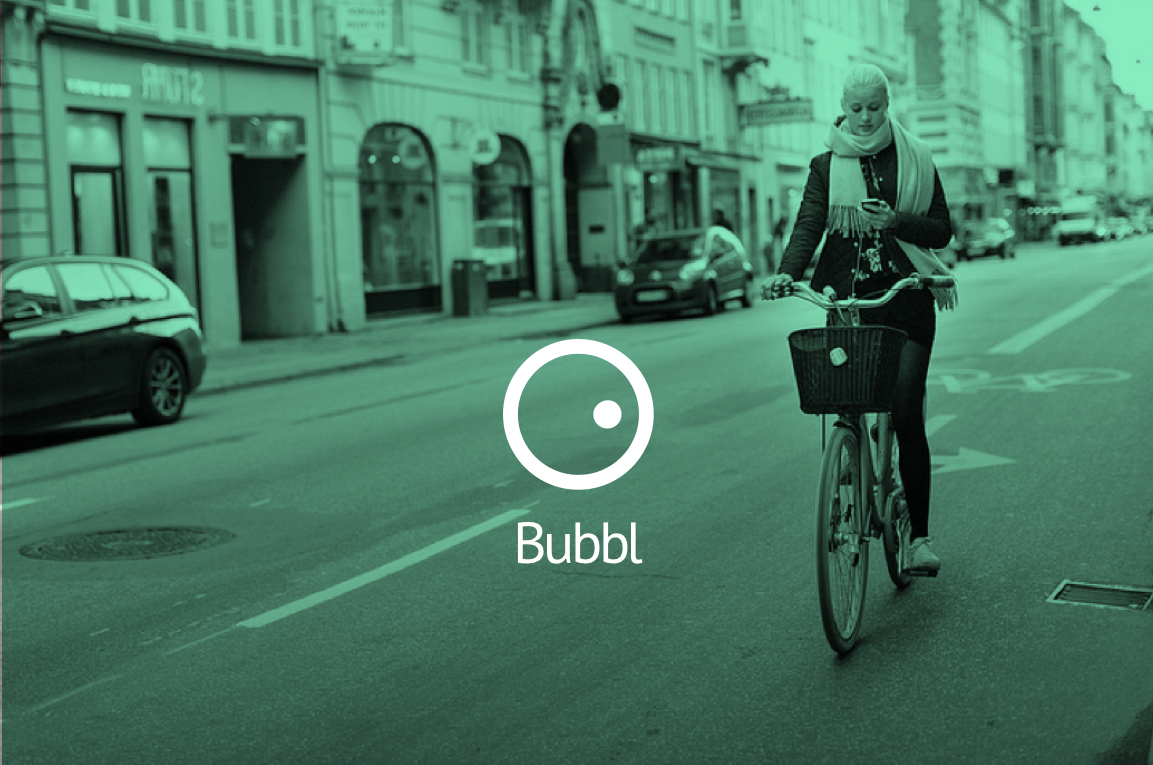 A sixth sense for chance encounters.

Early 2015 we helped kickstart the app startup Bubbl. In five weeks we turned a powerful idea into the Bubbl MVP ready to be user-tested. The aim of Bubbl is to stimulate chance encounters between friends, business relations or other people. For this we developed an app that turns people’s phone into a sixth sense for chance encounters.

When a friend enters your bubble

Bubbl notices when a friend is close enough to meet and notifies beta-users by vibrating and calling out. A quick glance at phone or watch shows who it’s from. Over time users can learn patterns of certain friends, further reducing the need to look at their devices.

When a friend sends you a ⚆

When a friend pings Bubbl beta users receive a ⚆. Swiping it opens the app and allows them to reply.

Bubbl app in your hand

With the Bubbl app in their hand beta-users can reveal who is near and ping friends.

Setting goals and requirements – being close & being memorable

From the start the Bubbl guys were very clear on what they wanted to achieve: stimulate chance encounters. Although there are many ways to achieve this, they saw a smartphone app as the perfect tool for it. In exploring the concept we collectively identified the following:

So the goal for this Bubbl kickstart was to design and build a memorable and user-testable app that people love using within 5 weeks.

Prioritise and iterate as a team – every week a prototype

In order to reach the goal within the restricted budget we worked with ultra short design and code iterations. Each week we gave the team a Framer prototype or the latest Swift iOS build of our design/development work to take with them on their phones. And each week we reflect with them on their experience of using it and handing it over to other people.

The first Bubbl prototype the team got on their phone to evaluate.

Working with these ultrashort iterations sped up the thinking on what Bubbl is and can be in the future. Besides that it resulted in lots of small improvements on the design and a collection of future features.

Designing a memorable experience – a sixth sense and design for curiosity

Becoming part of people’s routines and getting them to open the app each time they want to know if friends/relations are nearby is a challenge. With the design of Bubbl we call on people’s curiosity and playfulness to make using the app an experience you want to get back to again and again. Secondly we looked for additional ways for interacting with Bubbl besides opening the app. This led to approaching Bubbl as a sixth sense for chance encounters.

Bubbl as a sixth sense notices when a friend gets nearby or sends a ping – ⚆ –  and notifies a user by vibrating and calling out. This allows users to use Bubbl without looking at it. When they do glance at their phone or smartwatch the custom notifications tell them who it is from. Over time users can learn patterns of certain friends, further reducing the need to look at their phone. 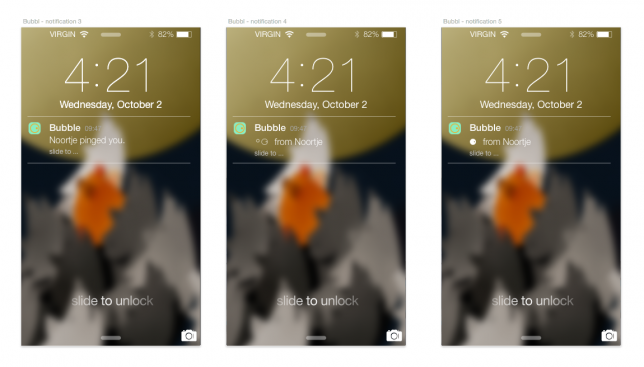 Notifications are a key part to using Bubbl as a sixth sense. In writing the messages we started exploring the use of symbols  ◦⚆ ☉ ⚈  ⚇  ∙•●  ◦○

At the same time we wanted people to open the app and enjoy looking for friends. Bubbl’s focus on being near instead of exact location was a great starting point for this. We could leave “pins on a map” type interfaces aside and focus instead on creating a memorable app interaction that spoke to people’s curiosity and playfullness. We used several iterations to find the key parts to the Bubbl interaction: 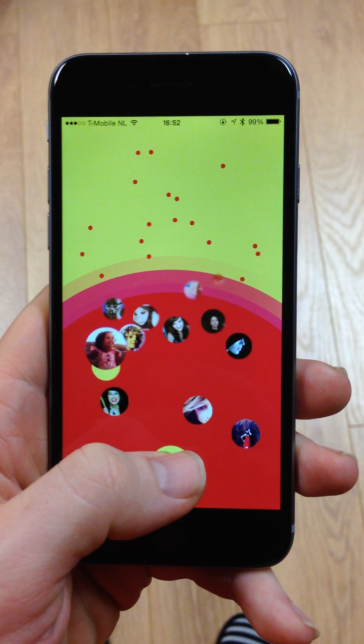 It took several prototypes to get the Bubbl gesture and animation just right.

Creating Bubbl was all about designing, developing and testing the concept within a limited timeframe. Similar to kickstarting other product ideas we used a development approach based on minimising the amount of components, using iteration-proof tools and preferring the development of new functionality over optimisation. From the app’s interface to the backend, we strived for the quickest MVP implementation of functionality that made Bubbl testable on all required aspects.

Because we wanted the app to function as a sixth sense it seemed important to get reliable results for detection of nearby users. And although the app is not focused on communicating exact location we wanted it to give an up-to-date feeling. Therefore the main technical challenges were:

For more information on our approach and how we build the Bubbl app and backend minimal viable product (MVP) you can read this article. 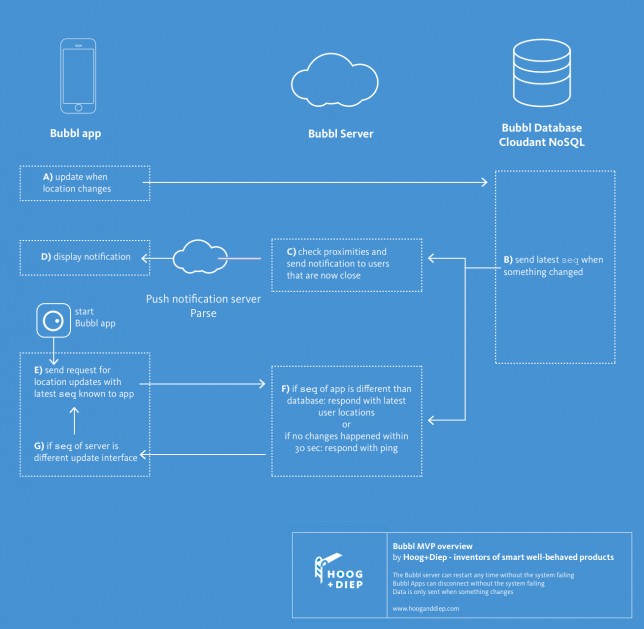 But proof of the pudding is in the eating and in February we pressed the button, send out the app and celebrated with cake and bubbles

. Over the weeks that followed the first groups of testers used it in their daily life. Together with Bubbl we collected usage data and talked to the users to gain insights into how they experience it. We are not allowed to share details on the outcome, but many participants had a hard time letting go once the test was over.

If you are thinking about kickstarting your product idea or startup and want to know more, feel free to contact Pieter Diepenmaat.